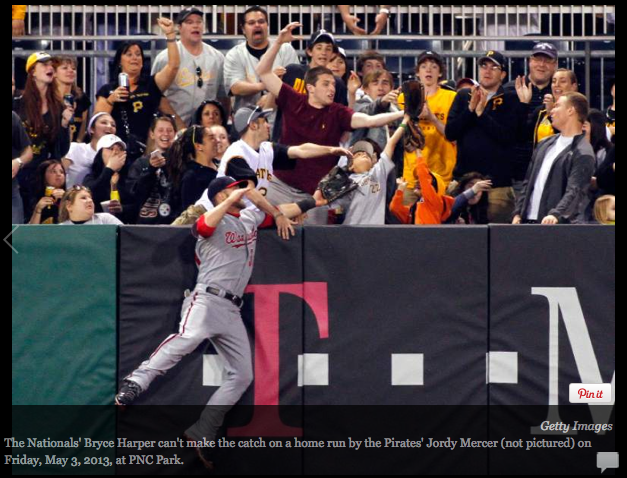 Jordy Mercer of the Pittsburgh Pirates hit this 2-run homerun that was the margin of victory in the Pirates’ 3-1 win over the Washington Nationals at PNC Park. That’s my eldest son reaching in vain for the ball, and that’s Bryce Harper of the Nationals with his glove up against my son’s chest. The ball landed behind my son, but he made a nice effort. That’s my other son, in orange, also making a nice effort.

Father of 5, husband of 1
View all posts by Wm. Amurgis →
This entry was posted in Family. Bookmark the permalink.